The weather broke grey, windy, cold and drizzly this morning.
But look at those green fields!
A sight to be envied, even at this time of year! 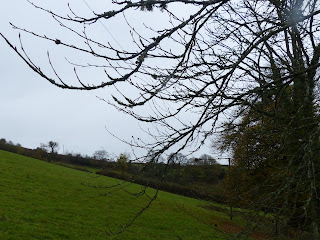 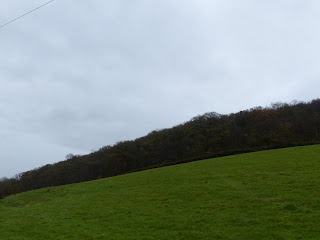 I had to hustle the children up early this morning, which Matthew particularly found difficult.
We had early morning appointments at the doctors.

But our treat was to eat breakfast afterwards at Farthings Farm Shop
We ordered eggs and toast, scrambled or poached and Matthew also managed to sneak in a cheeky sausage.

While we were drinking our tea and hot chocolate, I read aloud from this book. 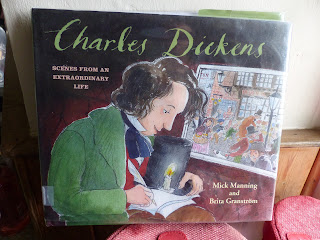 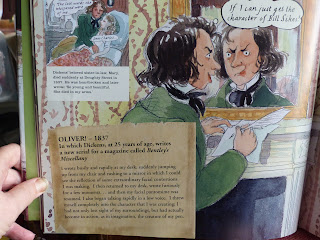 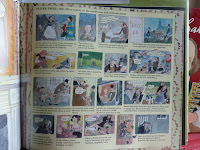 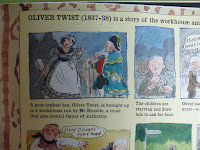 Such a wonderful place to learn and such a buzz to be out and about.

It was pouring with rain by now, so we had to dash to the bakery, the Library and the Co-op for supplies, before returning home to light the fire.

Matthew set up his simple smartie experiment and also an experiment to observe mushroom spores. 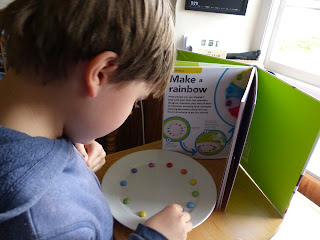 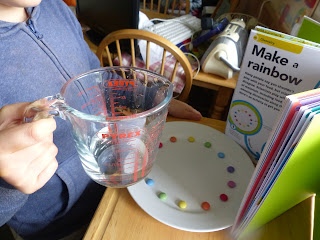 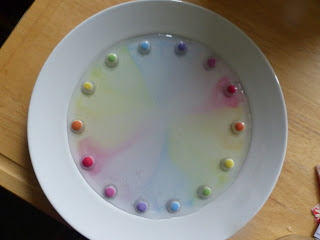 Learning at Home in November

Today's activities have evolved organically,
as we discover the joy of moving fluidly
from one activity to another,
and learn the art of
using the children's energy levels and interests as a guide.

When the cornet teacher arrived some time after nine.
Sarah was all ready, having enjoyed a bowl of steaming porridge.
She had found the time to run through at least one piece before starting the lesson.

In fact, she was actually sitting at the table learning Czech when her teacher cam e in.
Sarah loves using duo lingo and has recently started to learn Czech.
She is a quarter Czech herself and is fascinated by the Language.

While she was playing some duets
and some other lovely soul stirring pieces on the cornet with her teacher,

Matthew was reading Tom Gates.
He had also enjoyed a bowl of porridge and his usual glass of orange juice and now we were settled in the bed, to enjoy his reading time.
His reading is coming on well and this series of books really appeals to him.


He then went on to dictate a little piece of prose he had created on Saturday evening.
I had been amazed by his spontaneous use of Poetic Language.


Matthew has to overcome the challenges associated with dyslexia and dyspraxia and finds that something he can do easily one day is rather more difficult the next.

But the beautiful out of the box thinking and creativity of his mind never ceases to amaze me...

We worked together to recreate the story he had imagined
about the Journey of a Leaf.
After a while, we decided to fill in some more detail when he felt fresher,
perhaps tomorrow...


The story has evolved, like our day and is a work in progress.
You can find the story here:

The Journey of a Leaf

After dressing, we bumbled downstairs to construct a weather station, we had bought on offer from the BBC.

The aim was to record the weather throughout November
and linked nicely with the work Sarah had been doing about The Weather in her Geography Lessons.

The station included a wind speed recorder, UV monitor, compass and rain fall gauge.
We have also added a thermometer to record temperatures.


After this activity, the children finished watching Chill Out Scooby Doo

ate pizza
and did some washing up, listening to Oliver Twist Audio Book...

Sarah scooped out the insides of a pumpkin
and I helped her to harvest some of the flesh to make pumpkin soup.
She added some garlic, a vegetable stock cube and some pepper, while I chopped the onion.
We left it to simmer in the crock pot on top of the Rayburn. 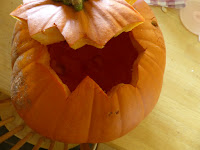 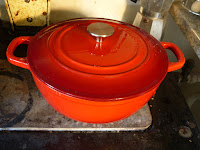 Matthew meanwhile decided to take out the sledge to slide down the steep slope on the frost.
He made numerous valiant attempts,
but sadly, the ground was not icy enough to reward him with the fun he was seeking.... 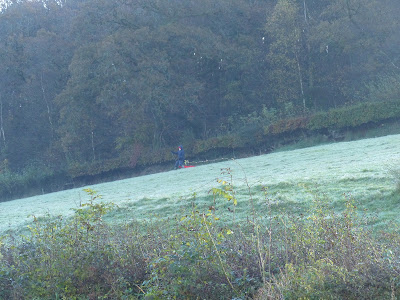 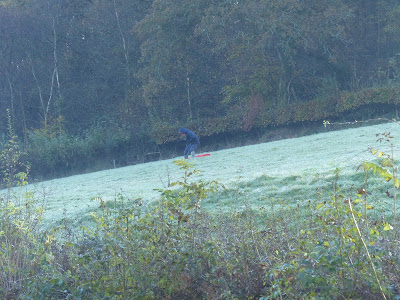 He came back in and found a picture on line to carve onto the front of the pumpkin. 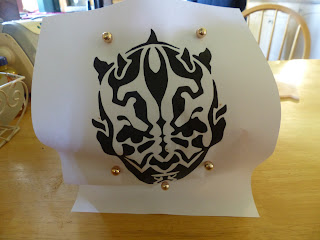 He wanted me to cut out the detail, as he finds this type of thing rather tricky.
I did my best, and he had every confidence in me, but I discovered that I should actually have cut out the black detail, not the white!
So here was another thing we decided to complete tomorrow... 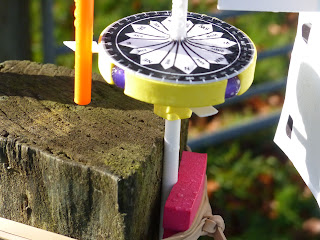 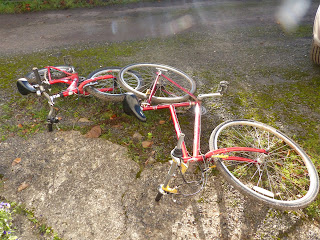 But they ended up abandoning the bikes.
On discovering a 'secret door' they began filming a new adventure ...


We think that actually the door is connected with the spring which supplies our water...

When they came back in, Matthew made a drum kit out of lego, to photograph for a poster to advertise his drum kit, along with photos of the actual drum-kit.

He had also found and printed out a star scape,
to feature as a backdrop for the lego drummer.

Sarah did some Maths by the log fire, converting percentages into fractions and decimals and then began reading about glaciation in her Geography book.
She has been working independently to complete some Key Stage 3 Activities, But to relieve the pressure, and allow plenty of time for creativity, we have decided to intersperse these endeavours with all sorts of other projects... 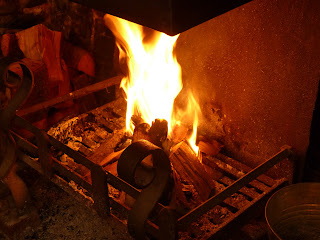 We finished the day enjoying the pumpkin soup with some sourdough bread and watching some old Pugwash films in the kitchen. 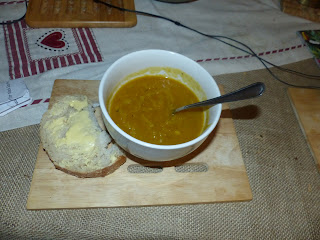 Tucked up in bed with hotwater bottles, Matthew wrote a couple of dictated sentences beautifully in his spelling book, before snuggling down for a special chat.
We enjoyed searching for the moon, as we could see the sky was lit up with a radiant glow. And there it was, high in the sky.

Matthew retold to me the story of "Can't you Sleep Little Bear"
and the part about the moon.
Grandma had read it to him when she came to stay at the weekend, and he had really enjoyed it...
Listening to him retelling it gave me a warm glow inside, like the glow of the moon....


And so ended a day, which had at times been fraught with passion and tension,
but which had turned out to be hugely productive.
Peace reigned and hearts were content...